President Yoweri Kaguta Museveni has been sworn in for the sixth term in office 35 years after he ascended into power.

Museveni won a contentious election against his closest challenger Bobi Wine, and was handed the instruments of power at Kololo Ceremonial Grounds in Kampala where the Swearing-In Ceremony took place.

An estimated 11 Heads of State witnessed the swearing in led by President Uhuru Kenyatta, United Republic of Tanzania President Samia Suluhu Hassan among others. Google to open tech hub in Nairobi as part of KSh115.5b Africa investment 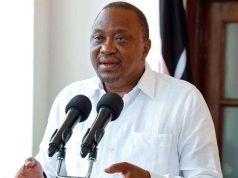