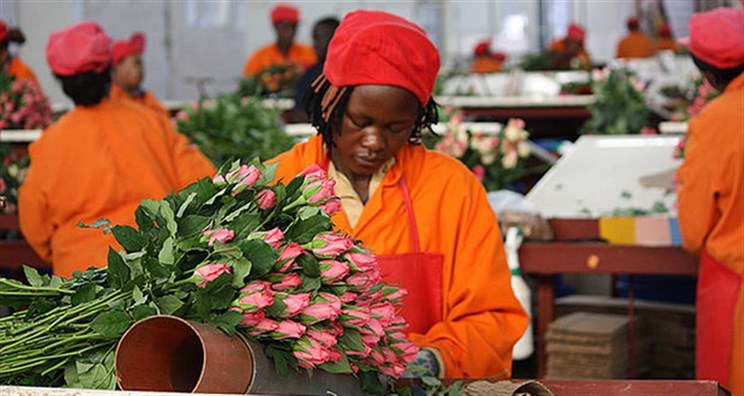 Far removed from the political posturing and brinkmanship that capture most of the attention in Britain’s long and tedious departure from the European Union, Yme Pasma is deeply enmeshed in the mother of all logistical problems.
He is the chief operating officer of Royal FloraHolland, a marketplace where some 12 billion flowers and plants are sold a year  more than one-third of the worldwide trade in such blooms.
Inside hulking warehouses near Amsterdam’s Schiphol airport in the town of Aalsmeer, Royal FloraHolland operates a flower auction and a distribution centre.
A fleet of computer-guided forklifts whisks buckets of roses, boxes of amaryllis and other foliage  some grown in Holland, some flown in from Africa, Asia and Latin America  toward loading docks, to be placed on trucks and shipped to customers worldwide.
The scent of flowers is pervasive, a weirdly anomalous whiff of perfume amid the clatter of machinery.
Nearly $1 billion worth of this product a year is destined for the United Kingdom, a realm that today is still part of the European Union. Flowers arriving from outside Europe can clear customs and then proceed unhindered to Britain.
But as of next March, when Britain is supposed to bid adieu in a process known as Brexit, the Netherlands and the United Kingdom are set to become separate markets, divided by a newly important border.
Unless the two bickering parties in this messy divorce reach an agreement bringing about some less disruptive arrangement, goods travelling across the channel are likely to confront customs checks and sanitary inspections
Flowers now shipped duty-free may encounter tariffs.
The word on Wednesday that the British government had struck an agreement in principle with its European counterparts on how to proceed merely moved the conflict into the British Parliament, where the deal could be voted down or altered.
The governments of the 27 remaining nations in the European bloc must bless the deal, an uncertain proposition. For people who sell goods across the channel, clarity remained distant.
At both sides, the governments are very willing to prepare, but still you need hundreds of people, and you need to train them, and you need warehouses to do the checks, and you have to build the computer systems, Pasma said.
There are going to be major traffic jams in the Netherlands. If it happens tomorrow, it’s going to be a huge problem.